The value of arts and culture

Why did the early man take to painting and when? What prompted him to conjure up colours? Was it a mere desire to depict the vistas he has perceived, or was it something else? Even though we can never get the hang of why and how the craft started, we now know how he had made use of his cave walls as his canvas and every earthly element possible as his tools. And, it gave birth to amazing art, eventually.

Culture plays an important role in the development of any nation. It represents a set of shared attitudes, values, goals and practices. Culture and creativity manifest themselves in almost all economic, social and other activities. A country as diverse as India is symbolized by the plurality of its culture. 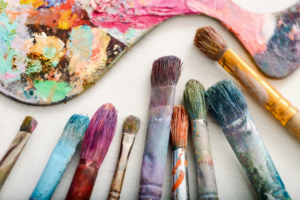 Art is the physical representation of a culture’s views, beliefs and practices. It reflects the essences of the people through their drawing, painting, carving, body adornment and folklore . Art can help one to understand a culture that may otherwise be hard to relate to, since it reaches people on a basic emotional level. Although art can also vary greatly between cultures, it can at same time be a medium that bridges the gap between cultures. It can be used to represent the core beliefs of a society. Art can also be used by societies to express power, prestige, and rank.

Arts and culture aid to foster positive attitudes in learning centers and beyond. Arts bring different people together, and culture helps to appreciate each other with their diversity. They bring about understanding.While every country has its own language(s), there’s only one language we can all understand: the language of music. We don’t even need words to understand what music is saying. Every year I see a lot of different people from a lot of different countries attending festivals. When the music is being played, it seems everyone understands what’s coming out of the speakers and they just start dancing to it.

In bharathlisting.com , you can search Art Galleries near you on the basis of your location, popularity, ratings & reviews. You can also find musical events in this website 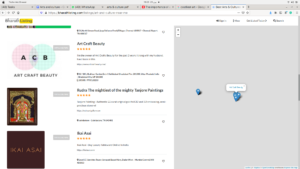