World Environment Day is celebrated annually on 5 June and is the United Nations’ principal vehicle for encouraging awareness and action for the protection of the environment.environment Day falls on June 5th 2021 and its thematic concern this year is to protect/care for our environment and its species. Different countries will celebrate this day with an eye on sustainable development as well as nurturing and preserving flora and fauna and caring for the environment in various ways as we try to reduce the harmful effects of pollution. 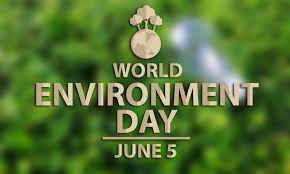 We all know the devastating impact of humans on the world’s oceans; we also know that media and literature is highlighting the tragic impact this waste is having on marine life, with whales dying from toxic levels of plastic-related pollution. North East India’s photographer and conservationist Shyamal Datta has been photographing wildlife since 1995. From the glaciers of Alaska to the and grasslands of the Eastern Himalayas, he reflects on the beauty and eternal place animals must have on planet earth.

Last October, the BBC documentary Drowning in Plastic reignited the public conversation around plastic pollution, as television viewers’ watched the heartrending scene of a seal pup, its neck sliced open by a plastic fishing net, gasping for breath.

When asked what Environment Day signifies to him after 25 years of photography, he states: “Having traversed some of the most pristine untouched bio-diversity zones of the planet, Environment Day is one more reminder for me to photograph these landscapes and wildlife as much as possible during my lifetime. This is mainly because the state of the earth – as pronounced by the reputed journal Scientific American – has been given a scathing and grim indictment as we hurtle towards doom. Scientists have argued that this new era in the planet’s history is best described as Anthropocene.” 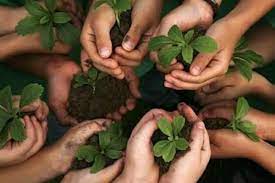 Ten Simple Things You Can Do to Help Protect the Earth

As we mark World Environment Day (WED) on 5 June, reflection shows us to heed warnings and take them seriously. And that is no different for environmental alarm bells. Dramatic facts abound on biodiversity loss, environmental degradation and climate change. Facts which we can not turn a blind eye to any longer. Under the banner of ‘Time for Nature’, the UN Environment Programme (UNEP) which organises WED, calls for people to recommit to protect the environment which we rely on for our health, water, food, medicines, clothes, fuel, shelter and energy. Being proactive, rather than reactive, in safeguarding our natural environment is by far the safer and cheaper option. 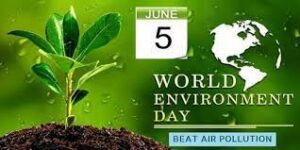 Just like global health, our environment is in crisis. We are losing species at a rate 1,000 times greater than at any other time in recorded human history. Ecosystems are being destroyed in exponential numbers, with wetlands disappearing three times faster than forests, and already we have lost a third of the planet’s forest cover. Marine life and fisheries are increasingly threatened as the ocean loses oxygen driven by climate change and pollution. The world’s protected areas are degraded by poaching, expansion of agriculture, intensification of farming, and infrastructure. Warning signals go on unabated, with recent climatic records revealing the hottest April worldwide since data collection began.

We are living in exceptional times, times in which nature is reminding us that to take care of ourselves, we must take care of the environment which sustains us. People retreated more to nature and green spaces in cities during the COVID-19 pandemic as they provided coveted refuges and boosters for mental health. Mayors from the world’s leading cities have made calls the world cannot return to ‘business as usual’ after the pandemic.